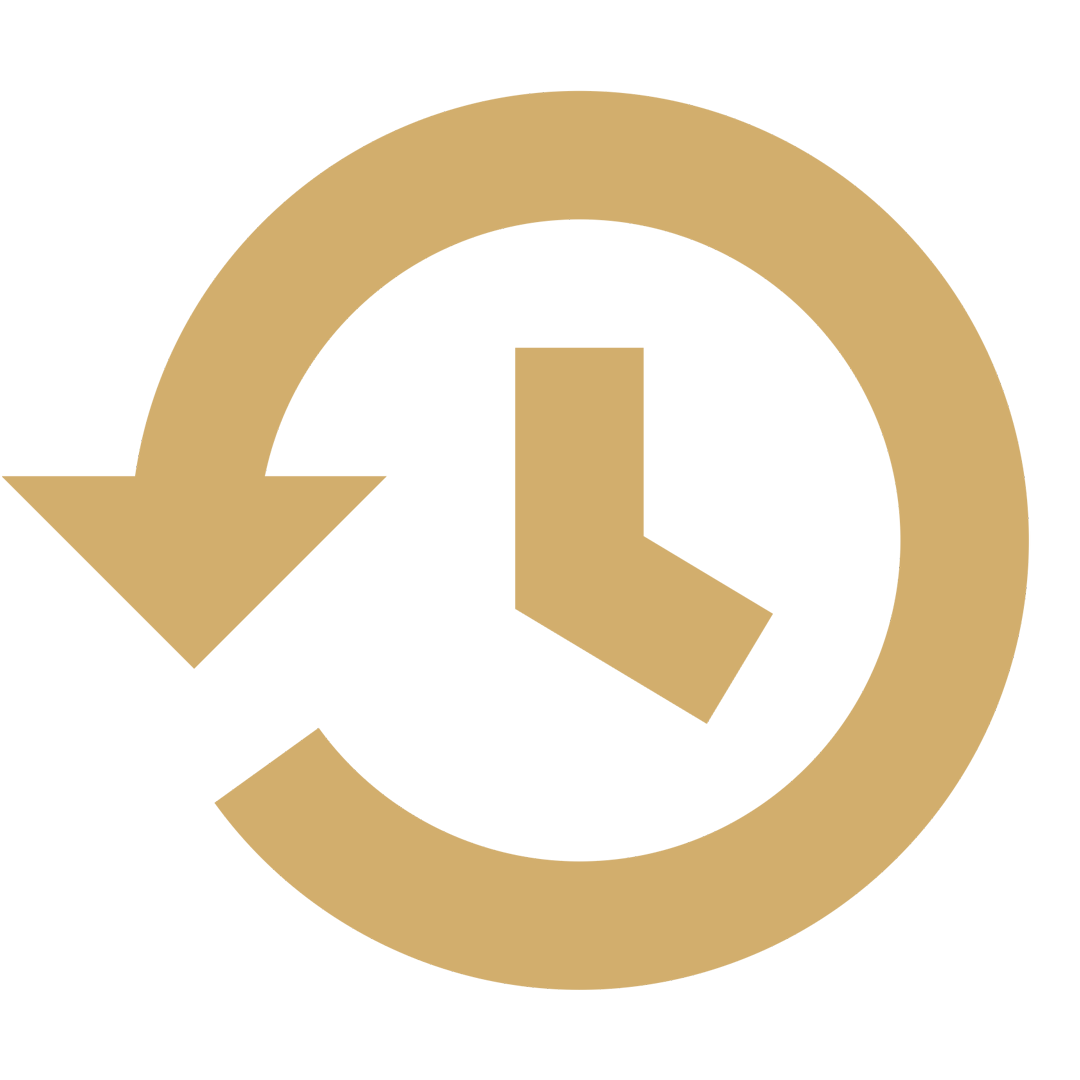 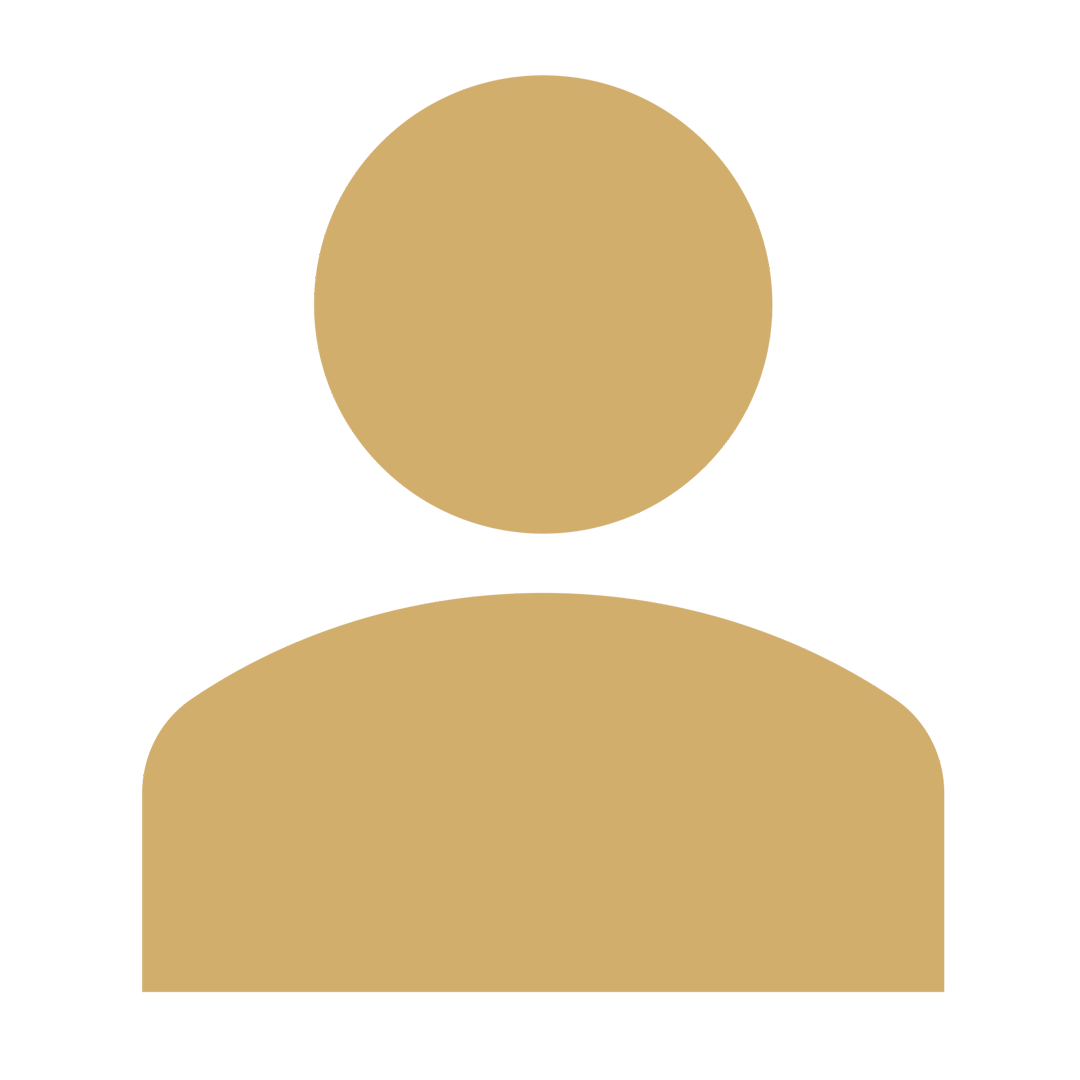 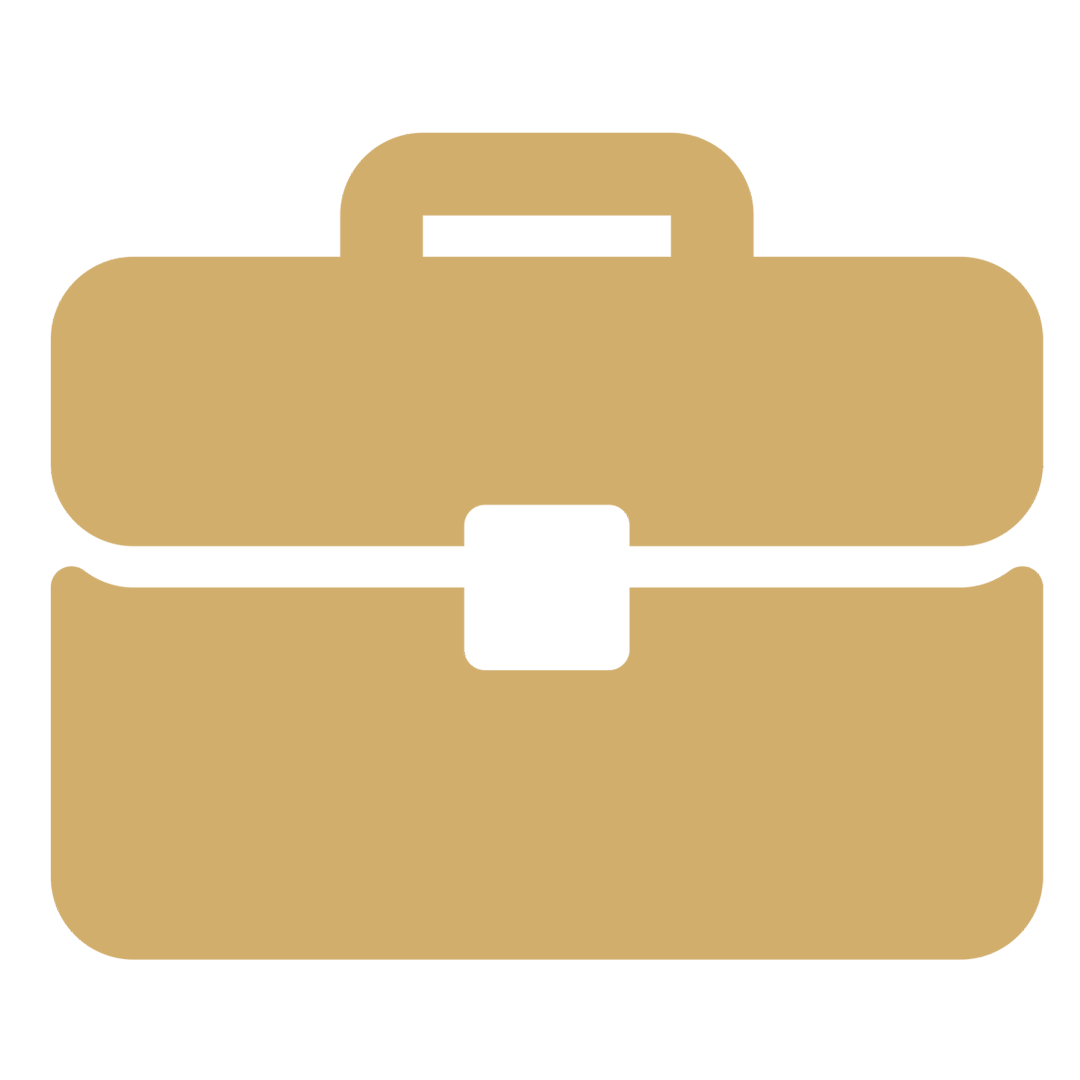 «The great heritage of the great Steppe» Historical and literary panorama

12.11.2020. The event was prepared by the Central city library in order to promote the program article of Elbasy «Seven Facets of the Great Steppе». Kazakhstan is planing for the future, drawing strength from the achievements of its ancestors. Because they had a decisive impact on the development of the entire human civilization. Our motherland, was a place where many items of material culture came from. Many things, we can’t imagine our modern society without has been invented in our area. The great Steppe’s inhabitants brought many technical innovations, became the founders of inventions that are still used everywhere. We used documentary video, photos and feature films, making our historical and literary panorama. Also, we used a lot of literary sources. Take a look! We wish, You'll be pleased. https://ok.ru/profile/556664250509

9.11.2020. The Belan’s readings traditionally hosts as part of its own local history project "From the origins to the future" in the model library-branch № 11 of Kachar village. The event is also included in the special project"Tugan Zher" this year . The event “Belan’s readings” is a day of memories of our countryman‘s bright pages of the life and work. First of all, people will remain I. M. Belan as a great teacher, a talented local history writer and poet. He was never afraid to defend his civic position either in life or in art. Let the bright pages of this wonderful man's life and the deeply sincere lines of his simple and honest books, which we will turn over together with you, be a guide for us! His integrity, cheerfulness, energy, good soul and warm heart were and remain an example for generations of Kachar’s residents. There will be performed Belan's poems and works. There will be used photos and video documents from the EBD library. https://ok.ru/profile/549819350779

Object dating: Bronze Age - Middle Ages. Locality: Amangeldy region, 15 kilometers to the east of Ushtogay village; 15 kilometers south-east to Amangeldy village. Mysterious Torgay geoglyphs represented by relief geometric and figured patterns on the earth surface that could be observed from a bird's-eye view and obtained worldwide fame. Nearly 200 figures have been found in Kostanay region. The first data concerning these objects was provided in the course of general meeting of Orenburg Archival Scientific Commission in 1909. In 2007, the objects were discovered by Dmitry Dey while he was studying satellite   images by means of Google Earth program. The research was carried out by the staff of the archaeological laboratory of Kostanay University headed by Andrey Logvin. According to the archaeologists’ hypothesis, geoglyphs had ritual and sacral aims. Ushtogay square geoglyph is a geometric figure distinguished by marked diagonals. The square side is 287 m long whereas the diagonal is 406 m long. The figure is composed of one hundred and one mounds with a diameter of 10-12 m, up to one meter high. Ushtogay square has attained fame among esoteric cult adherents, who consider this geoglyph to be a "place of power", an energy channel between the man and the space. The geoglyph Torgay Trikvetr is a land mound represented by three rays, ending in a zigzag shape, the ends of which are bent counterclockwise. Swastika fits into a circle with a diameter of 90 m, a 0.3 m deep basin is located in the center of the figure.

At the library orbit

A traditional workshop “Advances, problems, perspectives of the library work” was held on the 28th of January. It was made for the workers of the Rudny central library system in the central town library. This workshop was dedicated to the results of the last year and goals for 2015. The aim of the workshop was not only to give the results of the work, but also to discuss the theoretical, methodological and practical questions connected with the complex solution of the tasks of the library work, to point the perspective plans on books’ promotion, readers’ attraction and usage of the electronic information recourses during the library work. Alexandrenko L.A. – the director of the SI “RCLS” - showed the library activity for the whole 2014 (it was done like a presentation). Sosnina E.K. – the head of the processing and gathering department – spoke about the urgent questions of the book collection. Rodionova V.V. – the chief reference librarian – gave the information about the informative bibliographic work of all the libraries. Gorodnichaya S.V. – the head of the methodological bibliographic department – pointed the priority directions of the year, perspectives of the CLS work for 2015. The heads showed the presentations of the libraries work plans while speaking about the creative and different activity (the activity which combines the traditional and innovative forms of the work). Libraries collectives’ work isn’t unnoticed by the authorities. There was held a workshop – bibliosation “Mediative competency in the work of the libraries” at the end of the last year. The best collectives and workers, who displayed an active attitude and creativity in the library work, were pointed during this workshop. The model library – filial #11 (Kachar, the head Poluhina A.A.) became “The best library of the year’ and was awarded the honorary diploma and the challenge prize. I want to point an active participation of our librarians in all the regional and republican competitions and workshops.  RCLS took the second place in the regional festival – competition of the mass events “Regards to you, the great Victory” dedicated to the anniversary of the Victory in the GPW among the librarians of the Kostanay region. The aim of this event was to activate the mass work of the libraries, to discover and   perfect the new forms and methods of the work, to use new technologies and innovations. It is very pleasant that the articles of our colleagues (Karas L.V. and Gorodnichaya S.V.) are included into the regional collection of the research and practice materials “The patriotism of XXI century: formation at the traditions of the past and modern experience”, script of the mass event “The historical choice” (the historical calendar dedicated to the Independence day of the Republic of Kazakhstan, written by Bagmet O.N. and Shutyleva N.V.) is included into the collection of the scripts of mass events made by the OUNB after L.N.Tolstoy, and the article of Zhuravleva I.A. “CLQ is the game of well-read” is published in the Russian magazine “Your library’. Ibzhar G.Zh. and Abrakhmanova G.R. got the certificate for the participation in the republican competition “The best librarian of the year in Kazakhstan” dedicated to the 10th anniversary of the National Academy library of Kazakhstan. Organization of leisure time in the format of “open-air” – the event held out-of-doors, “Excursion bus”, the festival “Shuakty kala”, dialogue of the cultures, an ecological flashmob, a library descent, the reader’s benefit performance, literature competitions, on-line conference and meeting are only some of the ways of the library work made for the development of the library prestige and status in the public conscience, books and reading propaganda, attraction of the readers to the libraries. The work this year will be big, interesting, creative, because the year is full of memorable dates such as the 550th anniversary of the foundation of Kazakh nationhood, the 20th anniversary of the Constitution of the Republic of Kazakhstan, the year of the Assembly of the Kazakhstani people, the 70th anniversary of the Great Victory, the anniversaries of Kazakh writers: the 100th anniversary of I.Esenberlin, the 180th anniversary of Ch.Valikhanov. The librarians actively work with the informative library support of the confarmation of the idea “Mangelik El” and learning of the national history, events on the propaganda of the message of the Head of the state N.Nazarbaev to the people of Kazakhstan “Nurly Zhol – the way to the future”, sociocultural programs, honoring any requests of the readers, offering and using the widest range of the services and information – the electronic delivering of the documents,  the website of the central library system https://library-rudny.kz, the electronic catalogue, electronic and traditional book exhibitions, booktrailers, electronic aids, the running of different interesting, actual events for tall the categories of the readers. The whole activity of CLS on the priority directions of the year has the aim to solve the main tasks: the development of the informative resources and their integration for the rise of the quality of the informative and library service of the people; the realization of the creative projects; the development of the social partnership and cooperation.   Svetlana Gorodnichaya, the head of the methodological bibliographic department of the SI “RCLS”

The community reading programme “One nation – One book” – 2016

People are reading the poetry of Dulat Babataiuli. The National library of the Republic of Kazakhstan defined the works of Kazakh poet Dulat Babataiuli as the main theme of the community reading programme "One nation - One book". Dulat Babataiuli (1802-1874, the village of Ayaguz, Semipalatinsk region, Omsk province (now Ayaguz district,  East - Kazakhstan region) was the first Kazakh poet, whose poems were printed and published in hardcover edition. The first book of poetry "Өсиетнама (The Book of teachings)" was published in 1880 in Kazan city. The volume contained about eight hundred lines of verse. The manuscripts were preserved till nowadays. Thus, more than 1500 lines of verse of Dulat Babataiuli reached people, and became an invaluable spiritual heritage. The son of a nomad, he managed to become one of the most educated Kazakh people of his time. He studied and knew well Arabic poetry. He was known for having shifted from oral improvisation to rhyme verse composition. In addition, he was considered to be the first Kazakh poet writing satirical pieces. His poems glorifying hard work and honesty and criticizing such vices as arrogance and mendacity, social injustice, idleness, sycophancy got to be widely known among Kazakh people. Dulat Babataiuli served honestly his people. Great Abai had the honour to be taught by Dulat Babataiuli. The branch offices of the Rudny CLS organized bookshelf exhibitions introducing the works of Dulat Babataiuli, the famous Kazakh poet of the XIX century. Svetlana Gorodnichaya, the Head of methodical-bibliographic department of the Rudny CLS

DESIRED GOALS CAN BE REACHED

On February 3 a video lecture “Desired goals can be reached” was held for the students of Rudny Polytechnic College in the reading room of the Central Town Library. The vent was dedicated to the propaganda of the regular President’s message to the people of Kazakhstan. In 2015 our will celebrate such important events as 20 years of the Assembly of the people of Kazakhstan; 550 years of the foundation of the Kazakh khanate; 20 years of the constitution; 70 years of the Great Victory. These are the main historical points the basis of which is in the national unity – the heritage which we should give the next generation. Every day new tasks appear before the state and society. And these tasks can be solved only in unity and cohesion. Since 1997 N.Nazarbaev every year has made the message to the people of the republic, where he points the perspectives and directions of the development of our state. On November 11 2014 the President announced about the new economic policy “Nurly Zhol” during the enlarged meeting of the party’s council. The message for the 2015 will come into the history as the document of the strategic meaning, which is aimed to support the stable development of Kazakhstan in the period of global crisis and the improvement of the people’s life. “Nurly zhol” in the translation from Kazakh means “the way to the future”. Like a real strategist Nazarbaev step by step pointed what to do and what to reach. The narrators told the students about 7 directions of the country development, among them there are new points in the educational, social and living spheres. The narrators spoke in two languages. The video materials were used during the event: the speech fragment of the President and the discussion of the message by the people of the Republic. There were 47 people present. 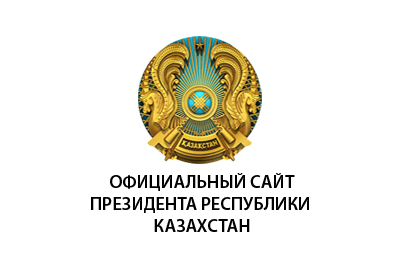 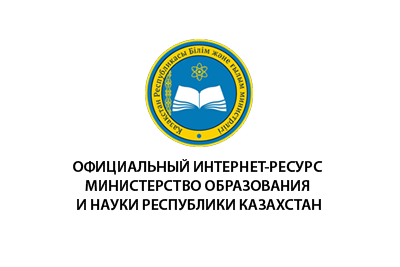 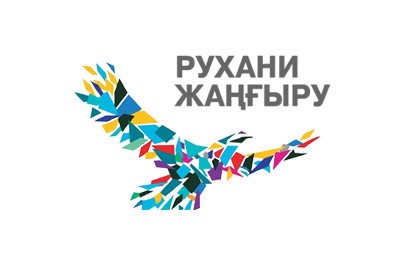 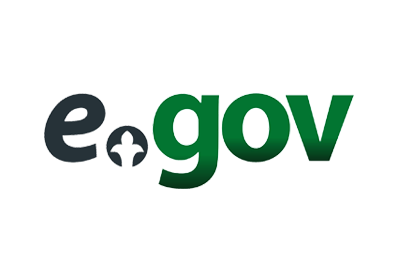